At Our Firm, Your Estate Plan is not Business, it’s Personal
Contact Us Now For a Free Consultation
As Seen On
Home
Resources
Articles
Where Do You Stand Under the Filial Responsibility Law?

Where Do You Stand Under the Filial Responsibility Law? 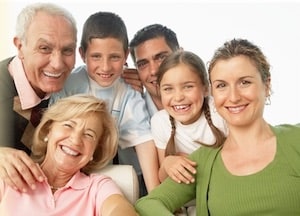 In the field of Asset Protection there is often the question of “should children be responsible for the care of their parents?” This is called filial responsibility. For example, your parent has been a victim of a car accident and has become a patient of a nursing home. After her discharge, she was billed somewhere around $90,000. If your parent could not pay the bill, should you pay for it? One instance is if the court system would favor the nursing home, would you be liable to pay such amount under the filial responsibility that states that a child should become responsible of supporting his parents if you have the capability to pay?

So, what would happen if your parents would need long-term care but could not afford to pay? About 30 states implement the filial responsibility law that can be used by long-term care facilities including nursing homes. They would have the right to collect any unpaid amounts from the parents’ children. Under the law, adult children are responsible to support their parents for needs – including clothing, food, shelter and even medical care for any indigent parent. Although such laws are not put into practice in many states, the same could happen to you. A nursing home may collect any unpaid bills incurred by your parent in their facility.

If you would want to avoid such pitfalls that you may encounter, you can check out our next section. Being a personal asset protection specialist, I understand that Medicare may include short-term rehabilitation in a nursing home under specific conditions, but such should only last for about 100 days. Therefore, if your parent does not have long-term care insurance, he should pay for his own care unless they closely looked into and done estate planning in California. You should have this if you don’t want to be covered by the Filial Responsibility Law.

Through the years I’ve met such situations at the Asset Protection Center. Within this period, we have helped children and their parents go through this complicated and often very stressful event for adult children to shoulder their parent’s nursing home bills under the Filial Responsibility Law. I hope you enjoyed this article. I’ll see you next time! 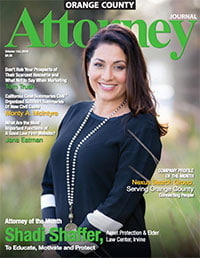 Read more
Contact Us
Practice Areas
Client Reviews
★★★★★
"I needed a trust expert to handle a complex issue for me and Shadi was the perfect attorney. She was very responsive and provided a thorough detailed answer. Very highly recommended." Nick G.
★★★★★
"My experience with Shadi and Patrick stem from a Ten year relationship. When it comes to estate planning and trusts they are my go to and only law firm is Phancao & Shaffer aka Asset Protection & Elder Law Center. When asked for the name of a trust law firm. They are the one. Best firm hands down." Karen I.
★★★★★
"I'm CPA and have been working with Asset Protection & Elder Law Center for over 10 years. They do all my trust work as well as other general counsel items and I have never thought of taking my services elsewhere. In fact, if my clients ask for an Estate Attorney, they are the only firm I recommend. Get your trust in order and do it with the Asset Protection & Elder Law Center!" Steve F.
View More
Submit a Law Firm Client Review
Member Of